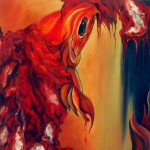 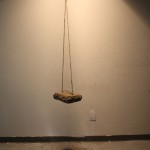 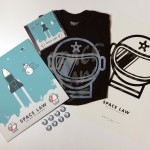 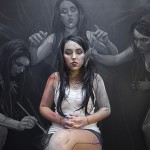 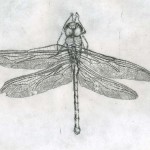 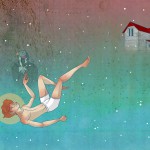 The Annual Student Show is a juried fine art exhibition for Louisiana Tech University students only, held every year in the School of Art. This show represents all media exploring any theme.

Juror: Cristin Nunez
Cristin J. Nunez, the Assistant Director of Cole Pratt Gallery in New Orleans, has worked in the gallery business for three years. She oversees about 45 artists and their work, managing inventory, client sales, gallery maintenance and student interns.  In 2010, she co-curated Ancestors and Descendants: Ancient Southwestern America at the Dawn of the Twentieth Century at the New Orleans Museum of Art and co-authored the show’s namesake exhibition catalogue. The catalogue was loosely based on her Master’s Thesis for Tulane University, where she studied a little-known collection of Southwestern Native American artifacts at Tulane’s Middle American Research Institute. She graduated in 2009 with her M.A. in Art History. A native of New Orleans, Cristin also worked in Development at The Field Museum of Natural History in Chicago for two years.  In 2005, she earned her B.A. in Art History and Journalism and Mass Communications at Washington and Lee University, where she wrote her Honors Thesis on the video art of Bill Viola. Her thesis won the Doyon Award for excellence in art historical writing.

Juror Statement
Thank you to Marie Bukowski for inviting me to jury Louisiana Tech’s 2013 student exhibition, and many thanks to Jes Schrom, who diligently kept in touch with me and helped organize my involvement with the University. I am happy to be visiting Ruston for the first time and look forward to seeing the student show in person.

Seventy-nine impressive undergraduate and graduate students submitted art for consideration this year. It was very rewarding to review all of the entries, which ranged from traditional oil painting to video installations to fiber art. Just as there was a variety in media, there was also a variety in subject matter, and although there is no connecting theme between the selected works, it was refreshing to see such differences in the artists’ personalities.

The most important criterion for selection was that the student have mature sensibilities. Was the artwork mature in its subject matter, color palette and overall aesthetic? What was the student trying to say, and could I pick up on the message without having to read the artist’s description of the work? Did the student have an advanced understanding of his or her materials, and did the finished product look like the artist spent a significant amount of time planning and executing the piece? With my sales background, I am always conscious of whether a piece looks expensive, and for the working student, quality is paramount when pricing the work. Paintings and prints should look well thought out with as much work dedicated to the foreground as to the background. Figures should be proportional, color theory appealing to the eye, and for the many photographers in your program, I was looking for contrasts between value, color, and focus. I am also drawn to the more spontaneous photographs that show a strong appreciation for negative space.

For the graphic designer in the crowd, I look for readability and for the design that brands a product in the simplest, most organized way. Font selection and a reduced color palette are important to me. I believe written communication is most effective when the viewer doesn’t have to sift through visual commotion.  And lastly, the three-dimensional artists deserve kudos for their originality and workmanship. This year, some of the most conceptual pieces in the show were sculptural, and I appreciate the sculptors’ experimentation with abstraction and scale.

Overall, I could see that many folks in the program have a future in the arts.  Congratulations to all the art students! I look forward to meeting you in March and having more time to see the surfaces of your lovely pieces.