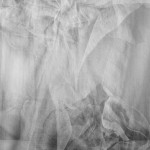 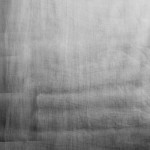 Brad Wreyford, Above, Beyond, Below. Acrylic and collage on canvas. 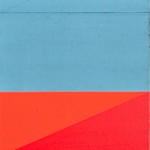 Brad Wreyford, Sum of Our Parts

During the Second World War (1932-1945), hundreds of thousands of Korean women became “Comfort Women,” which is a euphemism for women forced into sexual slavery by the Japanese Imperial Army. These women were conscripted into many Asian countries from Korea and imprisoned at military comfort stations. After the war, many of them committed suicide or remained in foreign countries instead of returning home, as they were ashamed of their past. Since Japan’s defeat in 1945, the comfort women have struggled through physical and emotional consequences of their enslavement for more than sixty years. To date, only two hundred women have testified about their ordeals out of the estimated two hundred thousand whose lives were forever scarred by this tragedy. Their bold testimonies would help prevent history from repeating itself.

In Silenced Suffering, I am approaching the story of the Comfort Women by using the number of incidents, women, stations, and testimonies metaphorically.

Jungeun Lee was born and raised in South Korea. She studied architecture at Hoseo University in Korea and received a MFA in Photography from University of North Texas. During her graduate years, Jungeun discovered a piece of Korean history unfamiliar to many. This finding led to further research and production of Silenced Suffering: The Comfort Women Project.

In 2010, she held her MFA exhibition at 500X Gallery in Dallas. Jungeun was the first place recipient of the 2010 PhotoNOLA Review Prize. Her work is showing at the Holocaust Resource Center & Archives in New York. She currently lives and works in Dallas, Texas.

I was raised in the industrial South with a fondness for old cotton gins, oil derricks, and mill towns. My grandfathers were the first artists I knew. They were both truck farmers who spent off days plowing rows for squash and greens or picking melons from the patch. Gardening was my initial artistic activity. I remember how straight those rows were. The varying shades of mustard, collard and turnip greens against burnt ochre earth and the brightness of peppers and sliced melons were some of my first chromatic experiences.

I began making art in my early twenties. My path was set to be a mathematician or an engineer, but my hands felt left out. I have a love of materials. I need to get my hands dirty. This curiosity has developed my skills in welding, woodworking, and painting. There has always been within me the need to doodle and twiddle with any available material. Consequently, art is a form of journaling for me. The work I produce reflects all facets of my psyche, usually in complicated layers of chronology. I am of the mind that the best artists are those who are always seeking new experiences. I can’t create on an empty tank. The pain and joy of new visual and emotional discovery charge the creative battery inside me. Currently, I am processing what it means to be a father. I am fascinated with the mental and motor development of my daughters. In their world everything is new, flat, and unexplored. Only the brightest colors and most engaging machinations will hold her attention. There is complete uncertainty and complete security in their lives. It is my goal to create and explore with the same fearlessness and curiosity; to unlearn the mystery and secrets of life; to grow young in my perceptions. Tripping over toys, putting on p-j’s, and watching Curious George are the sources of my visual information. I am drawing clouds, bananas, stars and birdies. The colors I am reaching for come straight from my daughter’s wardrobe and toy bin. When I think about how she sees the world I encounter a refreshing flatness and simplicity that allows for new discovery and re-discovery of that which I ignore daily.

My recent paintings are formatted horizontally much like film rolls or comic strips. Each painting is made of multiple stills all vying for the viewers attention. This arrangement implies a passage of time; a progression of strong ideas and actions much like the day-to-day chronology of our family photo albums. The pieces also explore the harmony between unity and individualism; the whole made up of the parts; a family.

Brad Wreyford is an artist working in South Louisiana. His work is a union of color-field, hardedge, abstract painting and woodworking. As a native of North Louisiana his early work was influenced by rural browns and old south industrialization. Currently he is more inspired by the western horizon, surfboards, and his own domestication.