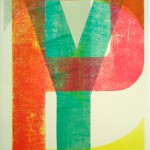 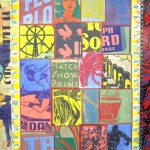 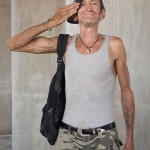 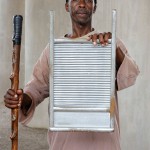 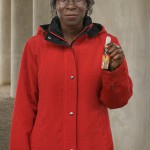 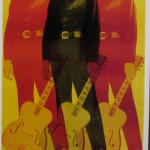 Susan Mullally: What I Keep, Portraits and Choices

Hatch Show Print is a one-of-a-kind, extraordinary letterpress poster and design shop located in Nashville, Tennessee. Founded in 1879, Hatch is still printing and designing over 600 jobs a year, using the original wood type found on countless posters advertising carnivals, circuses, and vaudeville and minstrel shows. The shop is historically best known for it’s country music posters, and, since 1992, has operated as a non-profit division of the Country Music Hall of Fame® and Museum. Not resting on its heritage, Hatch operates under the mantra of “preservation through production”, and has probably done posters for many of your favorite contemporary entertainers. Recent Hatch Show Print customers include B.B. King, Neil Young, Coldplay, The Dead, and Alan Jackson. Design customers include The New York Times, Wired Magazine, Golf Digest,  Anthropologie, Nike, Taylor Guitars and the neighbor’s Bar Mitzvah. An exhibition of Hatch Show Print posters is currently enjoying its first year on the road with the Smithsonian Institution Traveling Exhibition Service (SITES) and will tour nationwide until 2012.

Jim Sherraden is Manager, Chief Designer and Archivist at Hatch Show Print, one of America’s oldest surviving show poster and design shops. Since 1984 he has overseen its transition from a cultural survivor to a widely recognized graphic design icon and destination for letterpress enthusiasts. He is the co-writer of Hatch Show Print, The History of A Great American Poster Shop, published by Chronicle Books, now in its fifth printing. He is also the creator of one of-a-kind pieces of art called monoprints, based on the shops archive, which are collected by individuals and institutions worldwide. He is a frequent speaker and conducts letterpress workshops from coast to coast.

I collaborate with a community of difference: many races, backgrounds, and lifestyles. Many of the people have had significant disruptions in their lives, experienced periods of homelessness or incarceration, addiction to drugs or alcohol, mental illness or profound poverty and hopelessness, or just made bad decisions. They meet on Sunday mornings at Church Under the Bridge (under Interstate 35), a non-denominational, multi-cultural church that has been gathering there for eighteen years. I ask each person what he or she keeps and why it is valued.

This is a collaborative project that is in its fifth year. The work includes 70 portraits with personal statements about each choice.

Susan Mullally is originally from the San Francisco Bay Area. She received a B.A. from UC Berkeley, her M.A. from UNC Greensboro, and her M.F.A. from UNC Chapel Hill. She lived and worked in North Carolina for 25 years, teaching at Guilford College for nine of those years, before moving to Texas to join the Baylor University Art Department faculty in 2007.

Mullally’s work addresses race, class, representation, cultural identification, value, and faith. What I Keep, Portraits and Choices, continues what began as an exploration of archive and value in her online virtual museum, myvirtualmuseum.com.

Susan Mullally’s work has been exhibited across the country and in China. Her work has appeared in Ms. Magazine, Nation, Literary Companion, The Arts Journal, Christian Science Monitor and many southern university publications. She has photographed Maya Angelou, Rosa Guy, Pauli Murray and A.R. Ammons for their book jackets for major publishers. Her portraits of Romare Bearden, Chuck Close, Philip Pearlstein, Alfred Leslie, Jacob Lawrence, Gregory Gillespie and Alan Shields are in the permanent collection of Reynolda House Museum of American Art in Winston-Salem, NC. Mullally has produced four books and many monographs, notably, Hope & Dignity, Older Black Women of the South, funded by the National Endowment for the Humanities and published by Temple University Press, (1983, 1993) and What I Keep, The New Face of Homelessness and Poverty, published by Baylor University Press (2010). Her work is part of the Special Collections of the Wake Forest University Archive and she is a MacDowell Fellow.